Since Dr. James Womack coined the term “lean” in Lean Thinking back in the 1990s, the “gospel” has fortunately spread throughout many countries and industries, and the Latin culture is no exception. However, up to now many people think that this methodology is designed for the Asian DNA (especially Japanese), where the ancient military culture and eastern religions lead to self-sacrifice for the good of the collective and a high level of discipline in following standard procedures. 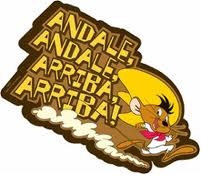 After eight years of working with The Toyota Way implementations in three continents, based on Dr. Liker’s concepts, I keep getting the same question over and over: Will lean work in our culture? And more so, will it work in the Latin culture, where traditionally discipline and rigorously following pre-established methods is not a strength?

What I have witnessed so far is that large corporations that get on a lean journey that includes their global footprint get some unusual results. In most of the cases, their Latin-American operations tend to be ones that are in the Top 3 of their yearly assessments or evaluations, and rarely fall from that level. It was the case in one of the companies I worked for before becoming a lean practitioner. This company was not only the Best Lean Plant for several consecutive years, but later a Shingo Prize Award winner. I believe there are several reasons why Latin companies, with the right leadership, can equal and even exceed the performance of more “developed” countries.

In the 1980s when lean was first introduced in a few Mexican and South American automotive plants, Americas were afraid that “lazy” workers who took long siestas could not build a quality product. They were wrong. For example, the Hermosillo plant that Mazda set up and that built cars for Ford quickly become the model for Ford’s efforts at learning lean. My own experience is that with strong leadership, and carefully selected workers, Latinos are the hardest working people I have seen. In part I believe the underdog mentality becomes a strength in trying to prove they can compete with anyone.

Latinos get a bad reputation for high levels of drugs and crime, but most are honest, religious and family-oriented. The family orientation, again with the right leadership, can lead to the kind of teamwork necessary for lean to penetrate the work culture.

In general, when you involve your people in lean implementation, and then provide some inexpensive forms of recognition, you will get engagement and enthusiasm. This is generally true for emotional Latinos who love to celebrate in groups and will be overwhelmed with pride if their team is recognized. In this culture it is especially important for leadership to recognize people and teams, management to be at the gemba to support them, coach them, and a lot of the times, just to listen to them. This helps create a caring yet competitive environment, where not only are facts involved but sometimes emotions that boost the results.

So lean programs can work very well in the Latin culture, given the fact the strengths this culture has can be used to your advantage. I have also noticed that the common problem of high employee turnover in Latin American plants is not much of a problem when employees are engaged in continuous improvement and feel valued.

What makes lean implementation fun and fascinating is getting to experience the nuances of how different cultures respond, but I have found success in all the cultures I have worked in. The Toyota Way principles can work, once the necessary steps are taken, but it all starts with leaders who are passionate and committed.